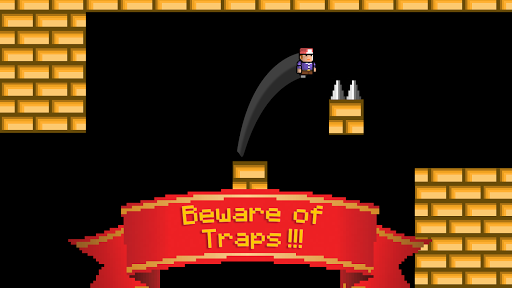 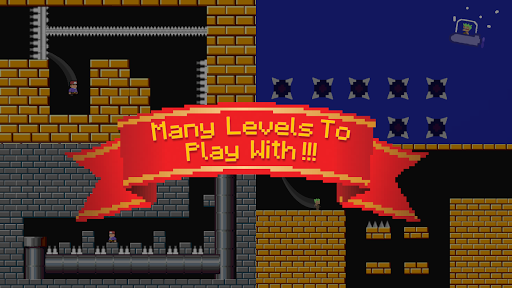 Trap Dungeons 2 is a Arcade App for Android developed by Clancy Studios. Download the latest version (1.998) of the apk here, in Apks Mods released February 27, 2021

Traps, Traps and Traps. One of the best new game of 2018 and one of the most popular adventure mobile game.

Trap Dungeons 2 is a simple 2D action adventure crazy game where you have to go from one point to the other. Just beware of the traps.

WHAT'S YOUR NEXT MOVE?

* 2D crazy adventure game
* Multiple levels with increasing difficulty
* A wide variety of traps
* Easy to use controls
* Puzzle game with lots of puzzles to solve using your brain
* A bunch of surprises that you may or may not like
* New levels are added every week
* Special hard levels for hardcore gamers
* No Internet Game - one of the best offline games
* 8 Bit Game
* Free to play ,Say NO to Pay to win.
* Adventure game filled with frustrating Traps
* Run like hell. Running is the best step you can go for.

The infamous Trap Dungeons 2 is finally out on android.

Follow the levels of Epic Saga Adventure in Trap Dungeons 2 which is loved by thousands of players around the world. Compete with friends and please don’t rage quit. Be vigilant and aware of your crazy surroundings.

Caution!! This may be the most hardest, irritating, frustrating game EVER.
As written above, Trap Dungeons 2 is VERY STRESSFUL.
You may get so irritated and frustrated that you throw your phone out the window.

Even after reading this you are still eager to try this hard game - Trap Dungeons 2, then go ahead.

And may be someday you'll get out of Trap Dungeons 2 . Though I doubt it.

Don't you get bored from all these famous games on Android play store like any famous game or any top free games? Well, It's time for some change. Begin the era of hardest games on earth like Trap Dungeons. Throughout Trap Dungeons 2 you will get 2D cubic adventure with extreme hard levels.

Follow us on your favorite social network for more information and other game related updates: