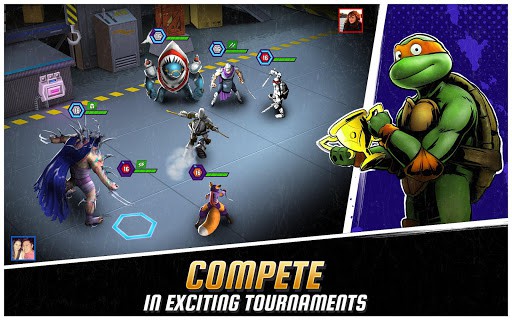 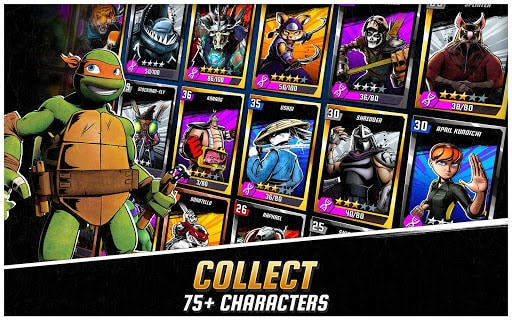 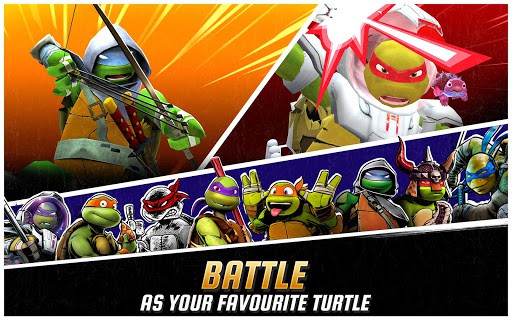 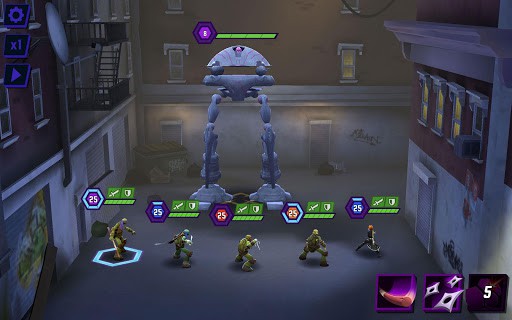 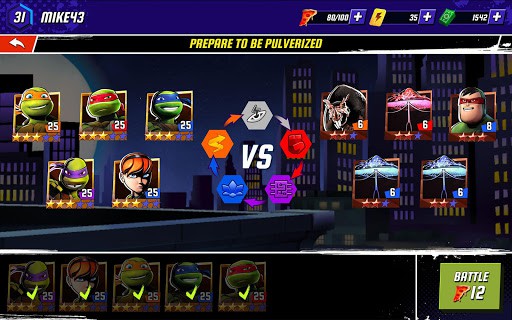 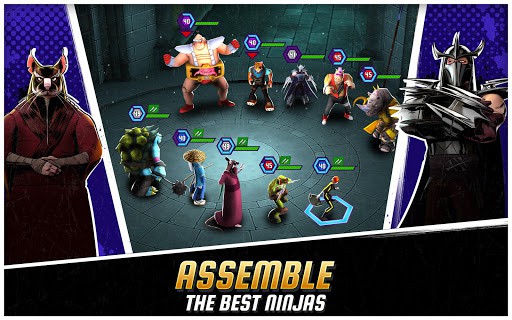 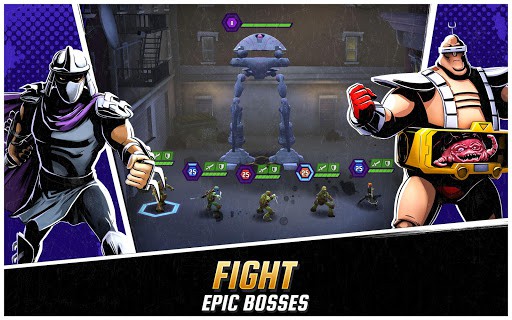 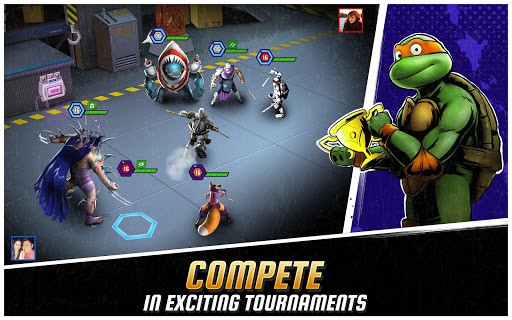 Help Leonardo as he takes on the Kraang to save his brothers and fellow mutants!

At every turn, the Teenage Mutant Ninja Turtles have thwarted Kraang Prime’s plans to terraform the Earth into Dimension X. What’s an evil overlord to do? Hatch a nefarious new scheme, to create an army of Ultra Mutants! Everywhere, the Kraang have kidnapped mutants - including the Ninja Turtles - for their DNA!

With his brothers pulled through a Kraang Dimension X portal, Leonardo must recruit the Ninja Turtles’ allies and foes alike before it’s too late.

Hang on to your shells!

ORIGINAL NINJAS: Explore the Turtles universe with an All-New Original story. Battle your way through 7 chapters and over 70 stages to take on the baddest of bosses – Shredder, Kraang and more!
RESPECT THE SHELL: For a limited-time, play and experience an all-new chapter based on this summer’s blockbuster, Teenage Mutant Ninja Turtles: Out of the Shadows! When their recon mission goes awry, the Turtles must take on the Foot Clan and favourite bad boys Bebop and Rocksteady! Fight to win and collect these exclusive characters!
TURTLE POWER: Help Leonardo as he takes on the Kraang army to save his brothers and fellow mutants. Play alongside Leonardo in a 5-on- 5 battle with your favorite TMNT characters.
MUTANT MAYHEM: Collect and level up over 30 TMNT characters! Train them to learn their super sweet moves and build your Turtle-rrific team! Don’t forget to pack your freezer for Ice Cream Kitty!
SHRED ALERT: For the very first time, fight the Kraang as a Ninja Turtle friend… or FOE! Collect and play as Tiger Claw, Rocksteady, Bebop, and more. Create strategic teams and take on the Kraang!
FOOD FIGHT: Collect daily prizes and card packs to enhance your team!
WE RUN THIS TOWN: Fight against the Kraang in the Ninja Turtles’ favorite locations from the TV show, including Dimension X, the sewers and the classic New York City rooftops!

Gentlemen, let’s save the world!

Please note, Teenage Mutant Ninja Turtles: Legends is completely free to play but offers some game items for purchase with real money. If you choose not to use this feature, you can disable in-app purchases in your device's settings.