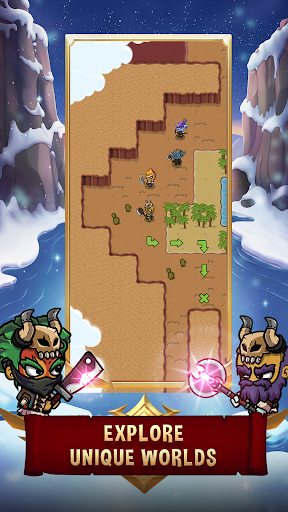 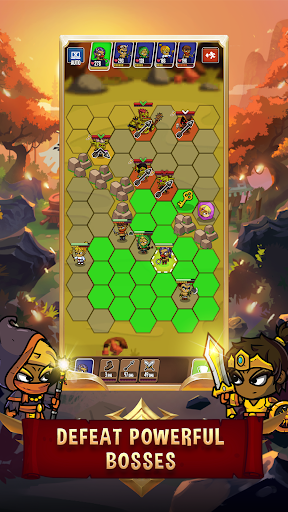 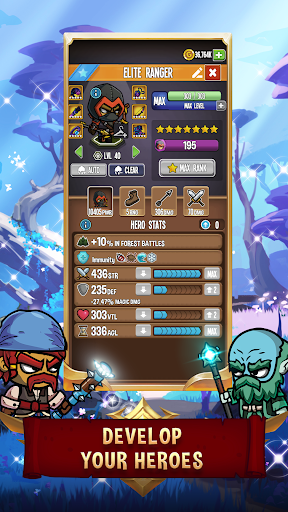 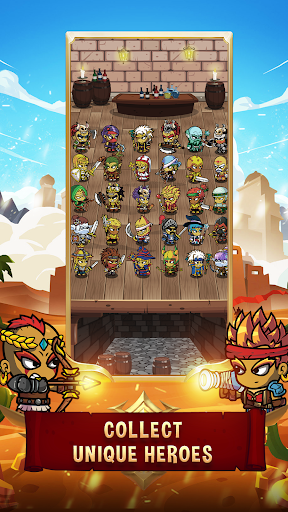 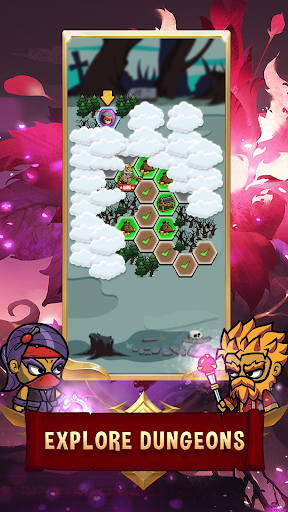 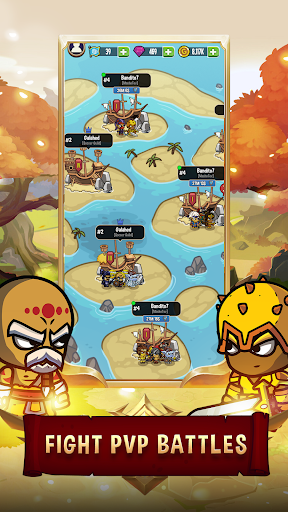 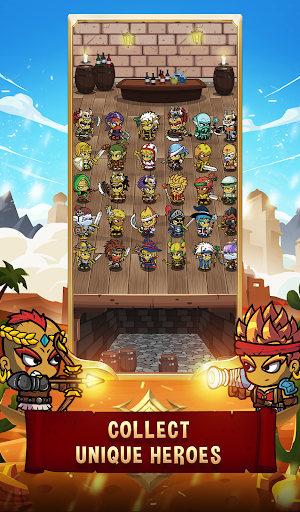 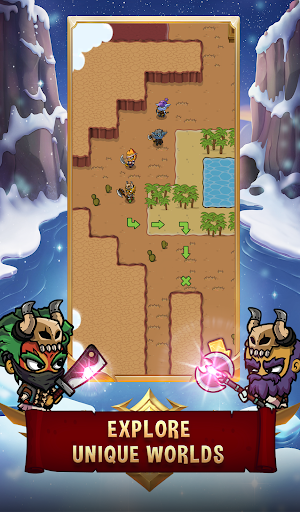 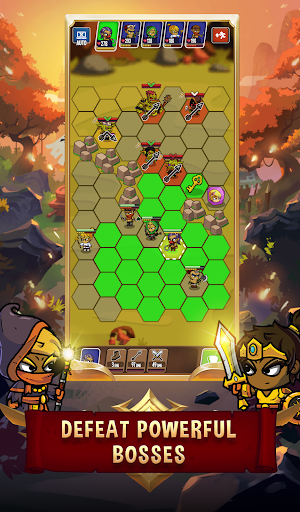 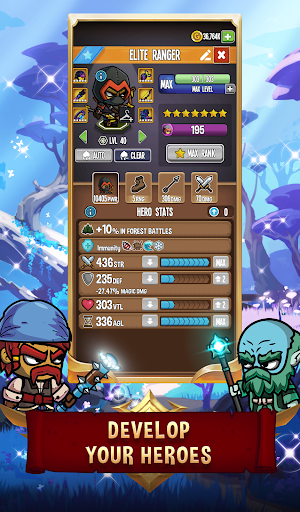 Five Heroes: The King's War is a Role Playing App for Android developed by Banditos Studio. Download the latest version (6.0.6) of the apk here, in Apks Mods released Sep 21, 2022

Explore a world full of heroes

My Lord! Our land is in danger! Only you can save it!

Assemble a party of 5 mighty heroes, journey across a land full of adventures, defeat enemies in turn-based combat, collect rewards and artifacts, upgrade your heroes, and fight other players in PVP battles!

Are you up to the challenge, My Lord? Download Five Heroes: The King’s War NOW, and have your name sung by every bard in the Kingdom!

BEAT ENEMIES IN A TACTICAL COMBAT
Every move matters! You must develop a strategy because decisions can make or break a combat. You need to learn your heroes’ strengths and weaknesses and use them to your advantage.

WRITE YOUR OWN SAGA
Save your Kingdom from deadly Skeletons, help Amazons fight off ruthless Pirates, unite Barbarian clans against nasty Goblins, cleanse a tainted Forest from an ancient Curse, and much more. Journey across the continent and experience a unique story campaign.

RECRUIT AND UPGRADE UNIQUE HEROES
Recruit over 500 various heroes by collecting Hero Orbs or completing their quests. Level up your heroes, upgrade their skills, and evolve them to enhance their power.

COLLECT POWERFUL ARTIFACTS
Gear up your heroes by collecting various artifacts from chests or looting them from defeated enemies. Different artifacts provide different bonuses to your heroes, so choose wisely!

BATTLE OTHER PLAYERS ON THE PVP ARENA
Test your skills against other players on the Heroes Arena. Defeat other players in PVP to unlock special Heroes and Artifacts.

EXPLORE, EXPLORE, AND EXPLORE
The best rewards aren’t just lying on the road. Fortune meets those who look around!

• Items are available for purchase in this game. Some paid items may not be refundable depending on the type of item.

• 1 Month King's Club subscription with a FREE 7 Day Trial - $9.99 (First week is free, after that the Pass is automatically renewed each month for $9.99. Can be cancelled at any time within the first 6 days of the Trial Period without charge).

MOD 1
MENU MOD
Damage multiplier
God mode
Unlimited gold
Unlimited diamonds
MOD 2
Unlimited Gold
Unlimited Diamonds
Note:
With this Mod you won’t be able to use any of the online features of the game and you have (as always) the chance to get banned.