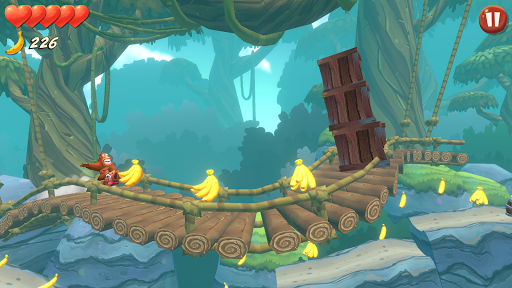 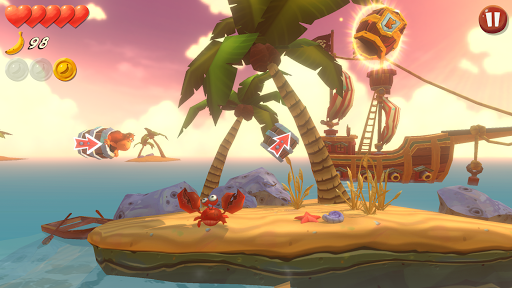 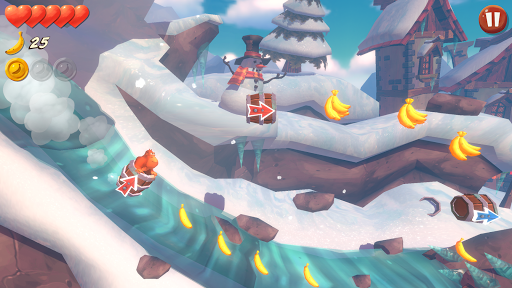 Banana Kong is back with a bang!

Hop into your barrel cannon and take off for an explosive journey to an all-new world beyond the jungle. Collect all the delicious bananas on your way and enjoy the sequel to the best free jungle ape runner game!

Pocketgamer: “It looks fantastic, taking clear inspiration from its simian namesake Donkey Kong. A quick glance and you'd think it was a new Rare game.”

- Tap the screen to blast off Kong from barrel to barrel. Timing is everything!
- Make use of the environment to safely guide Kong through each level.
- Swing lianas, ride water slides and more!
- Beat special boss levels to rescue animal friends.

- Soundtrack from Sonic Mania Composer Tee Lopes!
- Highly varied, console quality 3D environment with many hidden secrets.
- Bonus Levels like riding on the back of a friendly boar!