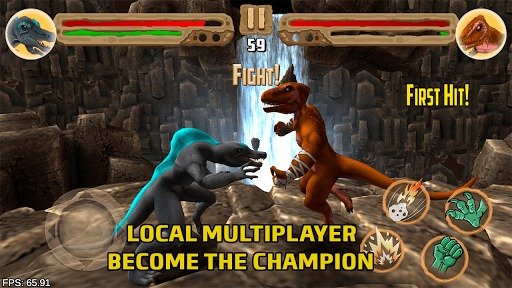 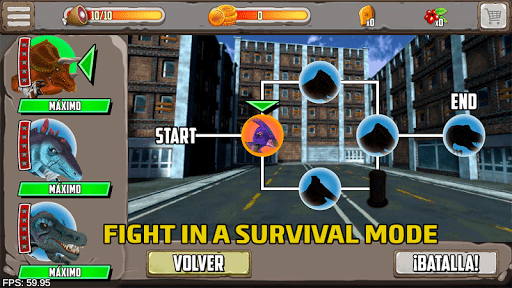 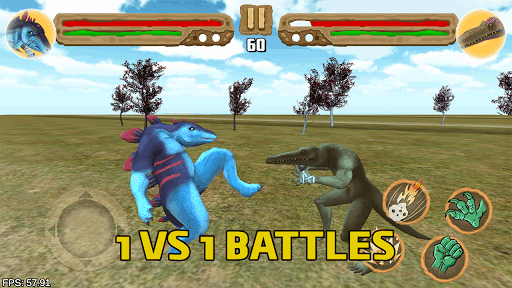 Dinosaurs fighters - Free fighting games is a Action App for Android developed by Altivasoft. Download the latest version (1.7) of the apk here, in apksmods released October 22, 2020

Get read for brand new Dinosaur superhero Mixture of hybrid DNA has always revealed broad fighting aspects. Mixing DNA of monster dinosaur has given us real and organized combos fighting scenario, in this realistic dinosaur special combo fighting strategy game you will experience most powerful and strongest fighting event with kicks punches and special power moves with very realistic graphics as well as 3D scenario of high end graphics will surely amuse you. real Dinosaurs super hero mask has learnt Boxing, Kungfu, MMA skills, wrestling techniques as well as Karate from their immense powerful DNA of human with the strength of Dinosaur, The race of becoming most powerful hybrid animal resulted in one on one fight between dinosaurs, league of fighter dinosaurs and World Championship of fighting dinosaurs as well with an epic experience of fight you will experience heart halting scenes. All those dinosaurs having the power of superheroes with their mutant energy will be looking for steel fist fight to become world champion of dinosaurs fighting championship and they will not let the rival take a sigh of relief during fight and led them to KO, till then kick 3D boxer will resume their fight to the last drop of blood in their body and super energy till last phase. feel the immense power of your real dinosaur that will take you to the next level of fighting arena.

Street fights of monster dinosaurs in the context of different levels and stages will involve you most in this world superheros dinosaur game and real king will be the one ,who will last till end of this vast arena. Medal holder dinosaur will get more power ups and up gradation in their superhero energies this wold be the trump card for that hero dinosaur to fight for next generation fight on advanced level ring and arena street fight. In the next level fight you will find combo and super power fight with powerful jabs and claws of mutant dino superhero fighters, special punch and roll moves of powerful dino will lead this fight towards nail biting experience, refilling energy of dinosaurs with special tricky fight and experience of full final blow is very pleasant and hart melting scenario is different real arena fight.

Enjoy this immortal superhero game incarnated in mutant dinosaurs, handle your steel fists and the tail remembers that it is a dinosaur fight, your goal is to win the world championship, learn to handle the incredible combos of punches and kicks, do not let your rival breathe or you will be left KO.

Feel the power of your dinosaur like never before, you'll see a different race of superheroes, power your dinosaurs in street fights and collect them for your fighting team.

Let them superhero dinosaur battle and become the champion of dinosaur arena fighting, Let the punch and jab fight to KO opponent for the title of Champion. These incredible dinosaur fighters will give the the experience of most vital punch fighting game as the use punches kicks and boxing style for rival fighting warriors arena.

Now in dinosaur fights, the survival of the human species has marked new canons, life takes on a new meaning, humans no longer fight, they have given way to fights with mutants.

Enjoy the most exciting 3D fights in the world of incredible dinosaur fighters, improve your superheros freestyle fighter and make him world champion, perform incredible combinations of punches and special kicks to leave the rival dinosaur KO, the evolution of a new species of warriors.

Color Fall : Drop the ball
Download this addictive game that will keep you trapped for hours, it´s free.