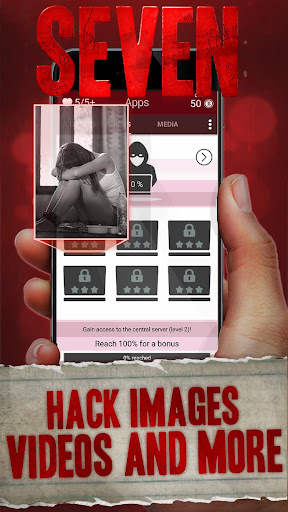 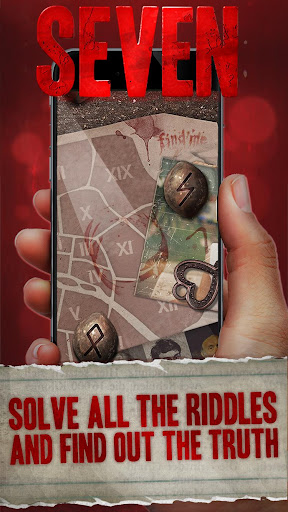 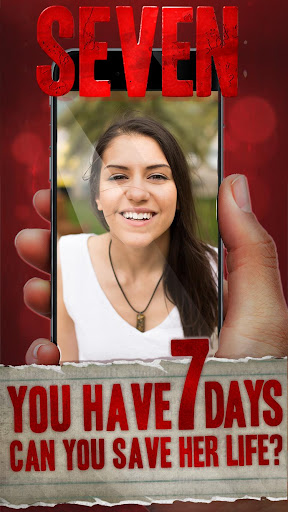 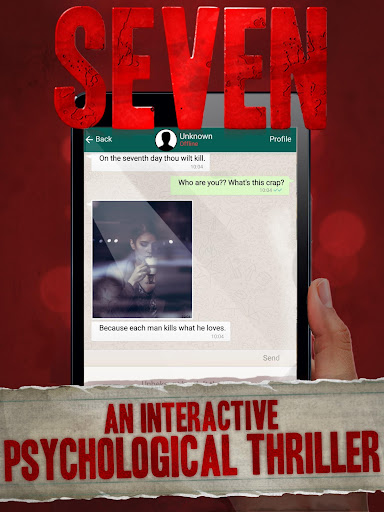 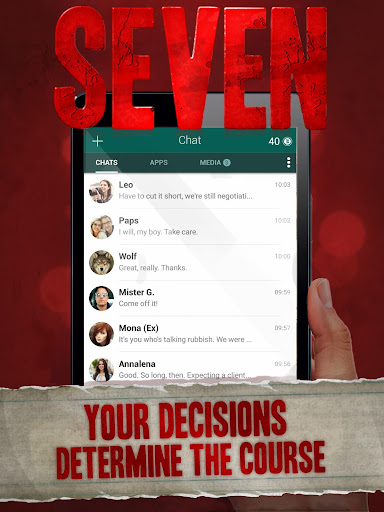 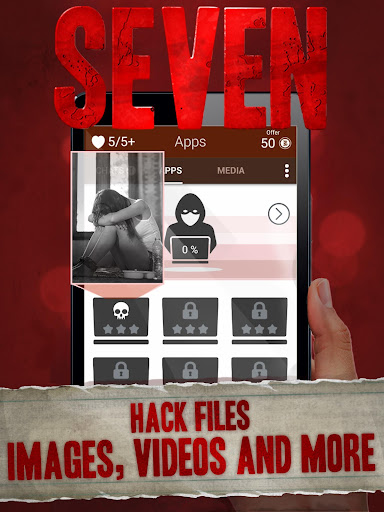 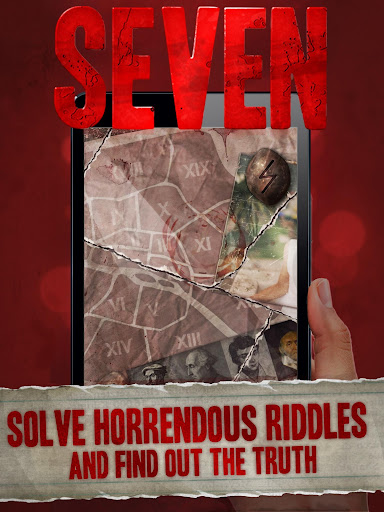 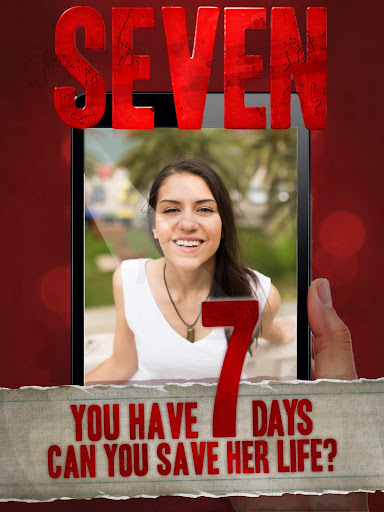 “Seven: Deadly Revelation” is the Beginning of the Seven interactive text thriller genre and the predecessor to “Seven: Endgame” where you decide your own scary interactive story.

💀THE INTERACTIVE STORY OF SEVEN💀

Being contacted on your mobile phone by the personified evil leaves you breathless - spine-chilling suspense guaranteed in this interactive horror thriller Adventure! Your decisions determine which course the events in this thriller story will take - and how the story will end. Immerse yourself in the darkest depths of the human soul and experience an enthralling, spellbinding psycho thriller adventure trip that you will never forget! You will never forget the bone chilling story that’s about to unfold in seven.

In this free adventure game, a stranger's ominous prophecy sets off a series of dramatic events that you must solve with the astuteness of a detective. Prove yourself a hacker, solve mysterious puzzles, make the right story decisions, and so find out piece by piece who is so unscrupulous to threaten the very lives of your loved ones! The game features a bone thrilling story line of text dialogues with various characters and boasts of realistic documents, images, videos, and sound effects. The extensive and well thought-out text thriller will keep you engaged and guarantees long lasting fun of playing and puzzling. Seven is a completely free to play horror game and includes optional in-app purchases that can speed up the process and completion of the story. And if you like Seven deadly Revelation you will love Seven Endgame too!!


💬YOU DECIDE THE MESSAGES, YOU INFLUENCE THE GAMES COURSE💬

How you decide has an impact on the course and the end of this scary episode of the interactive horror story. So you can actively determine the story and influence your relationship to the different characters. It’s even up to you to decide who will survive in the end.

In Seven you can directly decide how to interact with the people in your life. Every text message and every time you decide influences the relationship you have with all the characters. The interactive thriller games will force you to choose between people and let some of them get lost in the scary depths of this horror story.


🕹THE INTERACTIVE GAMEPLAY OF SEVEN🕹

Dive into the deepest abyss of the human soul and solve a variety of exciting tasks, puzzles and mini games. Seven: Endgame is a roller coaster ride of feelings and it’s up to you to fight an unpredictable psycho to save the lives of your friends and family! You will receive and send text messages that will directly influence the course of this interactive horror game. You can choose which way the story of the game will go by interacting with the individual characters and facing the psycho that threatens the ones closest to you.